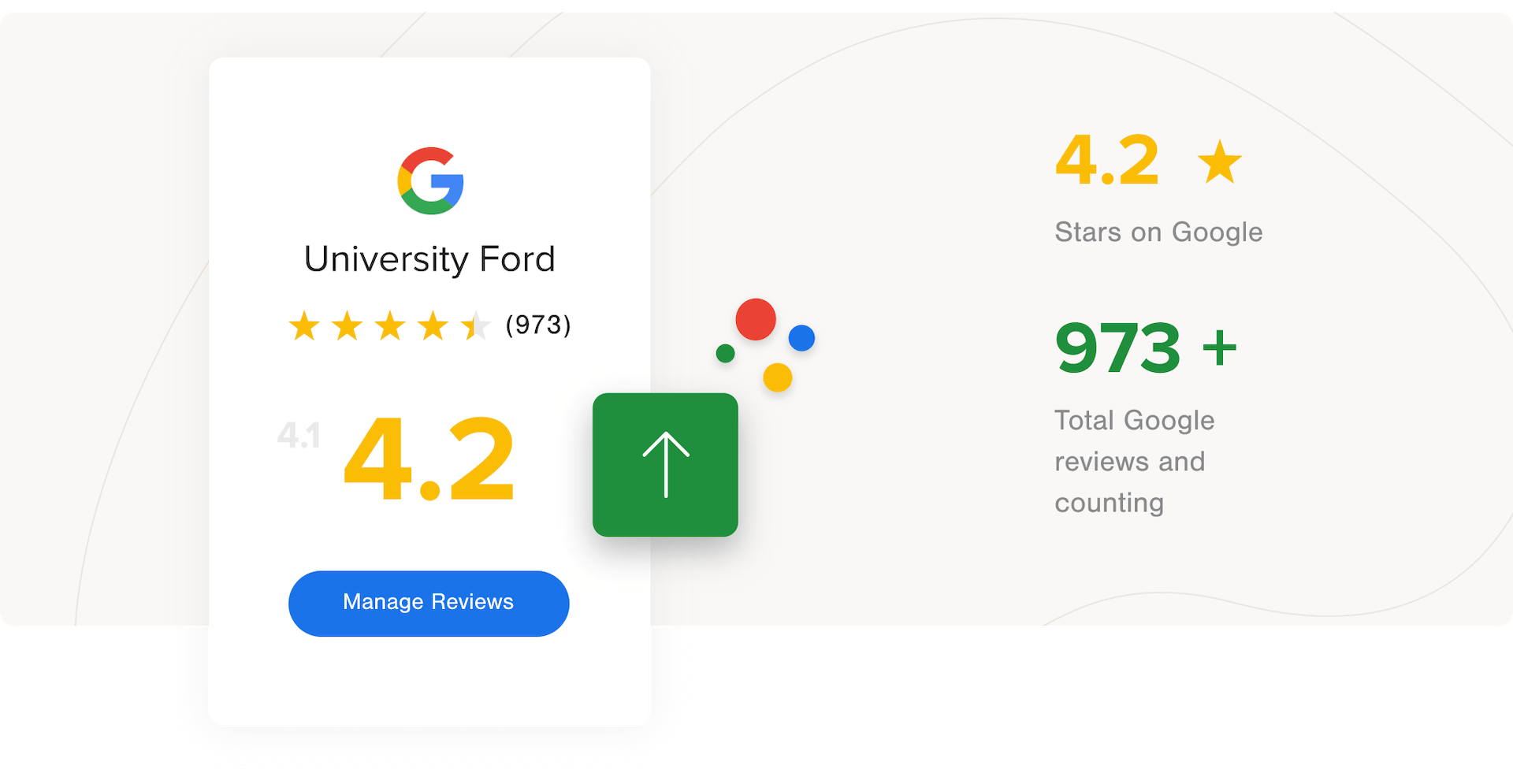 University Ford Durham steadily maintained a 4 star rating on Google with 700 reviews. How do they get closer to the 5 star rating? By joining Sokal’s reputation management program, TrueReview, to increase the volume of reviews and improve their overall rating.

30+ years in the Triangle

University Ford Durham is centrally located between Durham, NC and Chapel Hill, NC. They’ve served the Triangle area for over 30 years and are dedicated to customer satisfaction.

University Ford Durham wanted to improve their rating on Google to increase organic position within the marketplace.

As more and more consumers turn to previous reviews and feedback, these reviews likely have a strong impact on new customers visiting and buying with them.

University Ford Durham joined Sokal’s reputation management platform, TrueReview, at the beginning of 2021. We focused on Google and Facebook reviews, since those are the primary platforms customers use when researching reviews. TrueReview uses an automated process that takes the previous day’s sold report directly from the CRM and sends out a review request from our platform directly to the customer in both text and email formats.

This makes it quick and easy for the customer to leave a “star” review, with the option to leave written feedback too. TrueReview also features a negative review filter that pushes a customer who had a negative experience to send a direct message to the manager rather than leaving a negative review on the review sites, which protects their average rating from decreasing.

On October 21, 2021, after several more months of enrollment with TrueReview, University Ford Durham increased to 973 Google reviews and maintained their average rating of 4.2 stars on Google, and 5 stars on Facebook.

Back to Case Studies